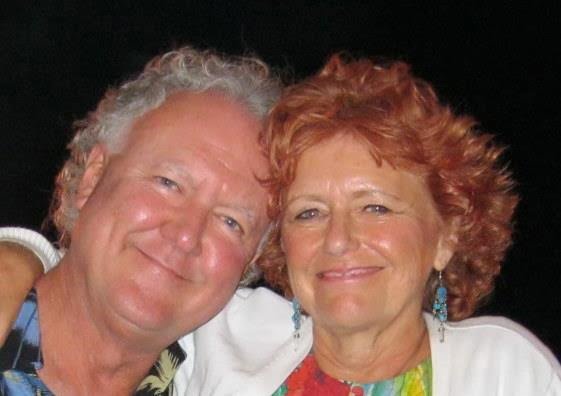 Mick Pulver was born in Senaca Falls, NY into a musical family. His father was a barbershop singer and both of his older brothers are accomplished musicians. Mick began playing the electric bass at the age of 13 and spent years playing, touring and recording with bands in Florida, Oregon, California and Australia. He has opened for groups such as the Mama’s and the Papa’s, Three Dog Night, The Allman Brothers Band and dozens more. Being a natural leader, he tended to be the glue and driving force behind his groups.

During this time, Mick was also on a path of personal growth and self-discovery as he learned from many great teachers. For over a decade, he was involved in Spiritual Communities in Oregon and India with his teacher, Osho, playing music for thousands of people. This is where his “rock and roll side” integrated with his spiritual side.

He continued on the path of transformation by participating in E.S.T., Lifespring, Landmark Education, Primal therapy, The Fischer Hoffman Process and The Miracle of Love. He trained in vibrational healing massage therapy, reflexology, and holistic health counseling. He also studied for a year at the Renascent center in Kenwood, CA on emotional release techniques. Prior to starting Breakthrough he spent three years in Australia where he taught music to Aborigines.

In 1995, Mick merged his love of music with his passion for spirituality and personal growth to create the Breakthrough Performance Workshop in San Francisco, CA. As he began to do this work he discovered that he an innate ability to see the blocks and issues holding people back and is able to support them in a safe, yet challenging way. Because he knows music and people so well he is skilled at choosing just the right music or song to assist in releasing emotional blocks in order to bring them into a more expanded experience of themselves. Mick is very intuitive and has an extraordinary talent for coaching people in an empowering, holistic way. As an accomplished song writer, he also derives great joy out of helping participants write their own songs while they are participating in Breakthrough’s Advanced Program.

What Participants have said about Mick:

“Mick Pulver has exceptional facilitation skills, coaching experience and deep dedication to truly support every single participant on their healing journey. Every moment of the workshop I felt seen, heard and received with unconditional love. What a gift!” ‘~~~ Diana Servan, Computer Programmer San Rafael, CA

“It’s difficult to truly express my gratitude for all that Mick has given me. I know I am a changed person, with more confidence in myself and more gusto for life! How could a person not blossom into more of who they truly are under the guidance and care Mick provided? ~~~~~Mary Lawson -Learning Disabilities Specialist Santa Barbara City College”

“I consider my Breakthrough Performance a rite of passage. I was convinced I couldn’t sing, yet Mick gently challenged me and encouraged me to open to my vastness and claim my power. My life has been profoundly improved.”~~~~~Anne Roberti ~~ Feldenkrais Practitioner San Rafael, CA

Tess Pulver was born in Knoxville Tennessee in 1953 and grew up in a large Southern family. She spent her school life very active, leading many groups in extracurricular activities. She had an interest in Psychology and got her BA degree in Human Services from the University of Tennessee. Tess worked as a social worker for 15 years and also managed a Group Home for special needs children for 4 years in Asheville, NC and Las Vegas, NV.

In 1980 Tess began a massage practice in New Jersey. During that time she also taught movement classes and lead healing retreats for women. In 1998, she began teaching classes in Transformative Relationships in San Francisco, CA and was also on staff with Landmark Education in New Jersey and San Francisco. Because of these experiences, Tess’s leadership and counseling skills grew dramatically over the last 30 years.

Besides leading many groups and classes, Tess has done much of her own inner work. She has participated in many Workshops in self discovery; Direct Centering, Enlightened Relationships, Primal Therapy, and Landmark Education to name a few.

In 2000, she participated in the Breakthrough Performance Workshop and was so inspired by this powerful process that she immediately began assisting with the program. In 2001, she became a co-facilitator and has been managing the business side of Breakthrough since 2002.

What Participants have said about Tess:

“Tess holds such a safe and loving space, yet is not afraid to express her true self at all times. She is powerful, yet soft, feminine, yet tough, grounded yet fun, and an inspiring role model for women. Tess truly possesses a pure heart. ~~~-Mary Lawson -Learning Disabilities Specialist Santa Barbara City College

“Tess is very gentle and personal. She seems to know what to say and do. She helps us all to feel safe and free to express as she is so willing herself. Her support and love is unbelievable. ~~~ Victor Rodriguez, Security Guard Santa Barbara, CA